Warning: fwrite() expects parameter 1 to be resource, boolean given in E:\HostingSpaces\mcrindia\namasteholiday.com\wwwroot\blog\wp-content\plugins\wp-file-manager\file_folder_manager.php on line 62

Warning: fclose() expects parameter 1 to be resource, boolean given in E:\HostingSpaces\mcrindia\namasteholiday.com\wwwroot\blog\wp-content\plugins\wp-file-manager\file_folder_manager.php on line 63

Warning: fclose() expects parameter 1 to be resource, boolean given in E:\HostingSpaces\mcrindia\namasteholiday.com\wwwroot\blog\wp-content\plugins\wp-file-manager\file_folder_manager.php on line 68 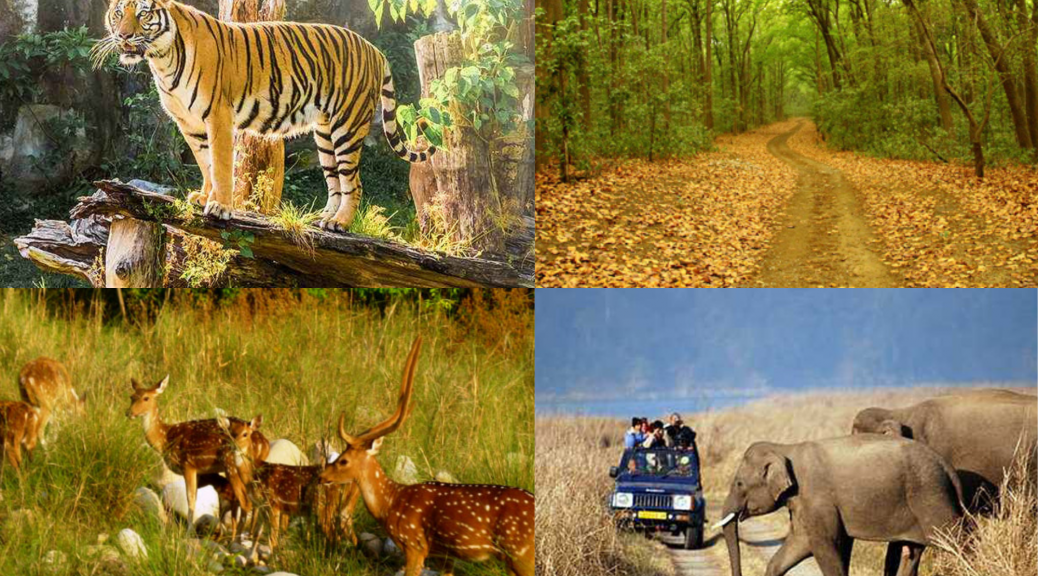 Here are some of the famous wildlife Parks to visit in India:-

*/All these parks are from different regions so don’t worry you can add whichever park you like to visit to your tour itinerary like Ranthambore for Rajasthan tour and Bandavgarh/Panna for North India tour. */

why it is also included in the list of ‘Top 10 tiger reserves in India’. It is situated in Sawai Madhopur district of Rajasthan and also known as ‘Tiger city‘, the reason being stated above.

You will have Jungle safari 2 times a day i.e,Â Â Morning and afternoonÂ so there will be a very good chance of yours seeing a tiger(s).

You can do your safari either by aÂ Canter(with a group of people) or by a Jeepsy(can be hired for personal sightseeing otherwise with a small group of 5-6 persons).

Not only that it is also well enriched with flora and fauna , lush green grasslands and beautiful lakes. Other animals to visit/see in Ranthambore are:-Â Chinkara, Sambar beer, Jackal, bear, crocodile and many more as you go on exploring both on net as well as in real.

2.)Jim corbett National park-Â is one of the oldest National(wildlife) parks of India. with a huge variety of flora and fauna,Â mountains/ranges, grasslands, rivers, marshes, forests and also swamps. It is widely famous as a home to the RoyalÂ Bengal tiger.

Apart from that when you’ll do safari you would witness the beauty of this park powered by the enrichment of both it’s Flora and fauna. Same rule and procedure of safari applies to all the national parks so don’t worry about that. Here you can enjoy both the Elephant Safari as well as Jeep Safari.

You can also have the sightseeing ofÂ Corbett Museum.Â Animals to visit in this park are:- Royal bengal tigers, Deers(Sambhar, India hog, cheetal, etc.), Beers(Black, Sloath), Elephants and many more.

This park was created with a sole purpose of saving the under extinction specie of deer ‘Barahsingha'(Swamp deer)Â so as a result of which this specie forms a substantial/significant population of this national park. It is like home toÂ Barasingha, Cheetal, Sambhar, Sloath beers, Langurs and many more. stands out to be the number one inÂ  Â  Â  Â spotting/seeingÂ tigers in the entire world as this park proudly boast to sustain large number of tigers. So if you are really a tiger fan want to have it’s sightseeing thenÂ Bandavgarh is for you.

Other than tigers you could see Leopards, various species of deers and many more.

5.)Panna national park:- is also one of the tiger reserves of India. It is located in between the two districts Panna and Chatrapur of Madhya Pradesh. Apart from being one of the best tiger reserves of India,Â it is also home to the animals likeÂ Leopard, Cheetal, Chinkara, Nilgai, Sambhar, Sloath beer.Â

Well to complete it’s fauna part, it also comprises of many a species of birds: bar-headed goose, Indian vulture, King vulture, changeable hawk-eagle, and many more.